All founders experience the onset of burnout. Every. Single. One. The founders who survive burnout accept that it is happening and manage their way out of it. The Mayo Clinic identifies 5 primary causes of burnout: lack of control, unclear job expectations, dysfunctional workplace dynamics, extremes of activity, lack of social support, and work-life imbalance. Having experienced the burnout phenomena personally I think it’s simpler than that. People experience workplace stress for 2 reasons : a lack of control and an inability to manage uncertainty.

Stress and Burnout are intertwined in a Gordian knot of anxiety and incremental failure. To avoid the knot we have to address problems immediately. Early on at Cipher Skin we had looming engineering problems that kept me up at night. Over several weeks I became more irritable, frustrated, and exhausted. I couldn’t seem to find a single day where I was happy and feeling well rested. I stopped running. I stopped going to the gym. The worse things became the less control I felt like I had. I was living in my own personal hell despite the positive feedback the company was getting. I wasn’t talking to anyone about it including my cofounder. 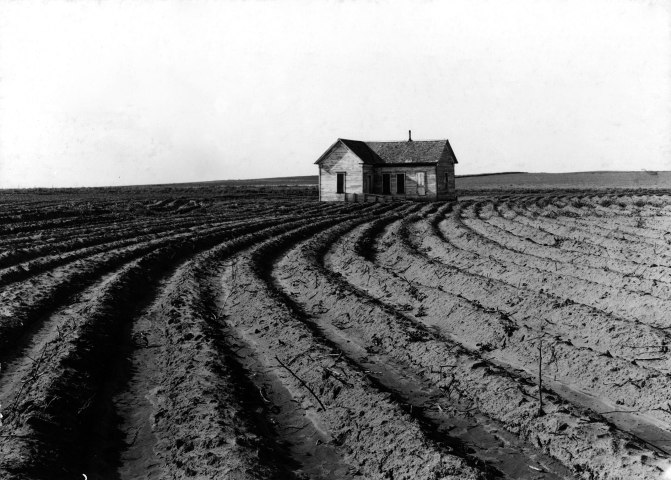 Control is a myth. A startup is like a ship in open water. The crew can set the general direction but they have no control over the waves that threaten to sink the ship. The moment to moment position of a vessel at sea is the culmination of the unceasing impact of the waves against it’s hull. Founders set the general course. They hire critical staff to aid in steering and navigation. They develop a product plan and establish milestones, and yet despite painstaking preparation external forces will nudge the company off course. During the Great Depression corn farmers were going bankrupt and burning corn instead of wood to stay warm. Unemployment was at a record high, consumers couldn’t buy, and transport companies were going bankrupt leaving produce to rot. Despite record production at several points during the late 1920’s and early 1930’s entire rural communities were failing- these are the waves that slap relentlessly against the hull. What we set in motion today will not go unchanged tomorrow.

Mike Tyson famously said “Everybody has a plan until they get punched in the mouth” and every day inside of a startup is a fistfight.

Even though control is a myth, A lack of control is terrifying. The idea that force can be imposed without warning and without a clear mitigation strategy is disturbing, especially with startups. The contrariety between the impossibility of controlling finite detail and the impact that it has on us when we can’t is at the center of what some founders would describe as crippling anxiety. For me personally the mechanics between the inability to control every aspect of a company and how I felt about not being able to control every aspect of a company tangentially fed my fear of failure. I wasn’t concerned with personal failure I was terrified of failing the people around me.

In business, uncertainty is the byproduct of the interactions between the unknown, the poorly defined, the unforeseen, and a lack of control. How much uncertainty is tolerable is subjective. I have a high tolerance for uncertainty provided that I can gain clarity on a problem in very short order. Uncertainty becomes burnout when moments of uncertainty occur at high frequency. The anxiety associated with this experience is heightened when overtime moments become closer and closer in succession. Under these conditions it doesn’t take long for uncertainty to become completely unmanageable. It isn’t unusual to see founders experiencing this type of haziness to begin doing nothing at all. This is often the onset of burnout.

Managing the uncertainty and lack of control that creates the anxiety and stress preceding burnout is an ongoing process. For me it begins with informing each new employee that what we’re running is a startup. I am open and honest about the fact that working here is a calculated risk; there are no guarantees. It’s my job to ensure that everyone involved in the startup I am running has eyes wide open; fully aware of the risks as I know them. With clarity comes freedom and open communication. The teams that I work with don’t spend time trying to put out every fire that flares up inside of daily operations. Instead, we focus together on identifying the dumpster fires that could burn the company down in the coming days, weeks or months and manage those. Fires burn every day; The job of the founder is not to be able to put out every single fire but rather identify which fires have the potential to become catastrophic.

The team not the person succeeds. This idea embodies how I currently work to avoid burnout like the past experience I described above. Feeling helpless and unmotivated is a dark soulless place I have no intention of revisiting. When we have engineering problems we shoulder the burden together. This is also true of operational problems. No one is expected to solve every problem alone.

Honesty is critical. I learned to be honest with myself and be honest with those around me. If I feel overwhelmed then I share that feeling with my team. The world does not sit squarely on my shoulders alone. I believe very strongly in three points:

No one gets through the early stages of a start up without experiencing horrifying amounts of stress and often burnout. Becoming comfortable with being uncomfortable- this includes a kind of honesty that’s rarely seen in social settings- is paramount to success. you’re going to hurt peoples feelings. Define a process for managing the storm when the skies are blue so you’re not trying to figure out where to find safe harbor in the throes of a hurricane.