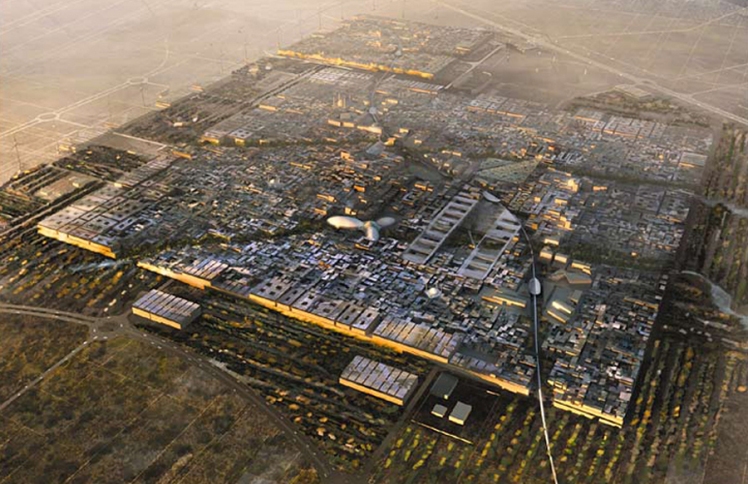 Fortune called Austin “the Rockstar of Small-Business Cities.” CNBC called it “the top start-up mecca in America.” At one point in 2015, Forbes inexplicably named it one of America’s most affordable cities. I live in Austin. I have raised money in Austin. I can tell you unequivocally that Austin is not affordable, not the next Silicon Valley and not even a particularly great place for start-ups. Sure, it’s a great place to live and work…but it’s an average—at best—place to run a company.

If Austin can’t be the next Silicon Valley, what city can? What does it take to build a place that nurtures and cultivates start-up companies?

In terms of making a city start-up-friendly, social environment, vibe, food and climate all take a backseat to money. The city must have investors with money to risk and a willingness to take big chances across multiple industries.

If a city doesn’t harbor the angels, venture capital firms and general wealth to support investment in high-risk, early-stage startups, it’s not a start-up-centric environment. The same is true in cities where money is present, but not being invested because of risk aversion or low technical understanding.

Talent is almost as critical as money for starting a company, and really effective company building happens when the talent is local and employees have a support system nearby. To attract (and keep) a talented workforce, start-up cities must have an attractive lifestyle and culture with benefits like outdoor space, safety and family-friendliness.

I really love Grandview, Idaho. I would retire there without question. But it’s an agricultural town of 450 people. No matter how great the views, inexpensive the property or safe the area, I would be hard-pressed to entice MIT engineers or Harvard MBAs to move there to work—so I wouldn’t start a tech company there.

In a start-up-friendly city, real estate, transportation systems and other infrastructure must sustain business and allow the above-mentioned talent to get to and from work in a reasonable amount of time with a reasonable amount of stress. Support systems like hospitals, restaurants, gyms and museums are crucial not only for the workforce, but for the families they will inevitably build.

Office space must be both physically and financially accessible. Co-working has proven to be a viable alternative to otherwise unaffordable office real estate and has the added benefit of fostering creativity and knowledge transfer by putting people from different companies in close proximity.

Of all the components involved in building a city geared toward supporting new business, infrastructure is arguably the most difficult to sustain and requires the most collaboration. Starting the process is not enough—the best indication of a successful infrastructure is longevity.

As any city increases in popularity, so does the cost of doing business there. San Francisco and the Silicon Valley have been on the edge of inaccessible for years. In the last 18 months, a global decrease in investment frequency and volume hasn’t helped—and has led to what some veteran entrepreneurs have described as a “mass exodus” to locations like Austin, Boulder and Los Angeles. The mass exodus, in turn, has led to price spikes in those cities and a shrinking window for start-ups to be able to flourish there.

Many cities facing a cost crisis try to control it, but none are particularly adept at doing so. New York is using deeply discounted or subsidized rent, tax shelters and other incentives for start-ups. San Francisco is highlighting its own culture, offering access to more money and providing interesting transportation and lifestyle solutions like commuter ridesharing and at-work gyms and chefs. The general sense is that emerging bastions of start-up hope need to get in front of the problem and work continually to prevent it.

With once-friendly cities pricing entrepreneurs out of the market and no cities offering the promise envisioned in glitzy Forbes headlines, should we just give up? Of course not. We just have to admit that no city is perfect and every place has shortcomings. Move to California for the beauty, the education and the culture. Move there to raise the money if you really think it’s necessary. But don’t fool yourself into thinking it’s going to be easy to get around, affordable or tax-friendly. Don’t move to Austin hoping to raise money or save on operational costs.

Be realistic. Visit the places that are interesting to you. Start your company where it speaks to you most and balance the items outlined above with your expectations for quality of living.  Don’t move to the Valley because it’s what you’re supposed to do or to Austin because it’s the new cool place.  With some planning, establishing life balance and checking some of the boxes above, you can raise money and support a company any place you want. Even Grandview, Idaho. Or Narnia.